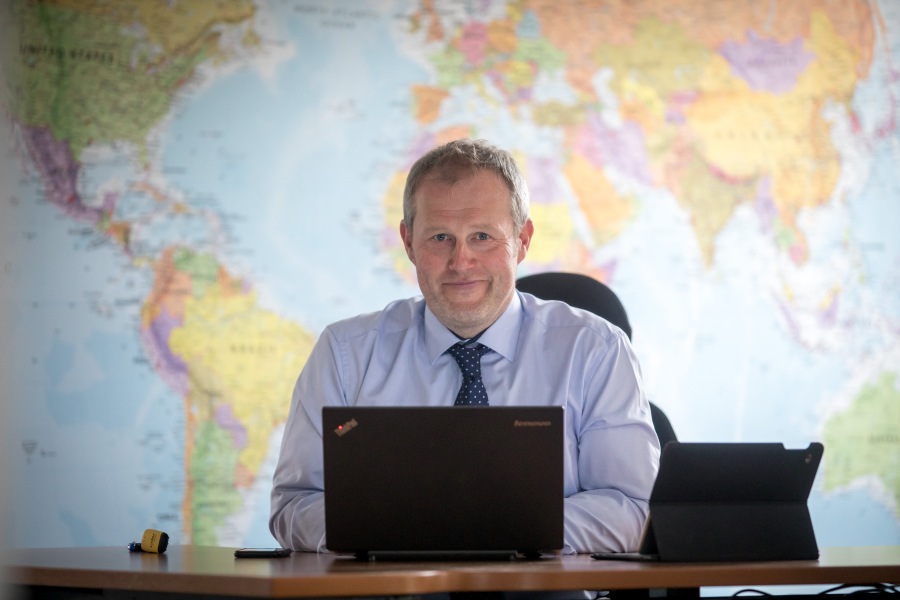 A new year – a new lockdown!

Some new data to ponder.

Januarys figures were down – no surprise there but how bad are they and how is the year starting to look? 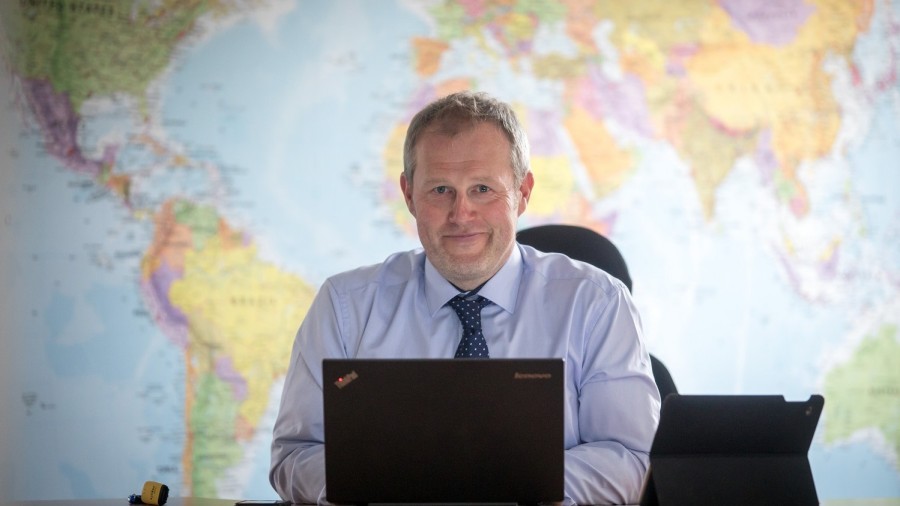 I have previously said, and am pretty sure everyone would agree, 2020 was a crazy year.  We now need to have quick look at events from the worst of conditions in order to plan for what happens next.

While lockdown #1 effected the various regions differently, Golf lost nearly a 1/3rd of a year to COVID, and, while general retail lost even more, it really has been a bumpy ride for golf retailers. We hit a low in May, with retail sales, year to date, down 54% in value. However, a resurgence in the popularity of Golf, due to its COVID compliance, saw golfers, new and old, loving the game and spending their money. At year end, the speciality golf channel recovered to be only 10% down on the previous year. All things considered, this was an amazing result.

The graph below plots the changes in value versus the previous years. As you can see, whatever happens in the first few months, the market tends to trend back to plus or minus 10% – even with a pandemic! This should provide some comfort for retailers that the market doesn’t move around too much. In many instances, it’s likely that internal factors can have a bigger impact on the business, than the market overall.

First thing to note is that there was a shift in consumer spending. Generally, the Clubs category did well but Clothing did not. This might provide an illustration on how internal factors have had an impact on spending.

Retailers, as well as customers, were nervous about the rules – especially clothing. “Can I pick it up?”  “Can I touch it?” “Will I get Covid?” All questions that customers asked but probably didn’t get answers for and, as a result, consumers opted to leave clothing on the rack.

Off-course apparel numbers were up, bolstered by online sales. Consumers felt more comfortable ordering clothing to try at home.  With the right preparations and messages to customers, Apparel, and other categories, can still sell well. So, while external factors created a negative situation, retailers who adapted worked around it.

The other factor that seems to have really hit clothing sales is STOCK. At the end of May, at the start of the golf boom, inventory levels were 15-20% down. By the end of July, stock levels were 20-30% down.  Stock wasn’t being replenished and orders were cancelled.

August and September are 2 of the biggest months for clothing but as orders had less stock, sales took a hit.

As mentioned, Clubs did well and Irons and Wedges were up for the year, which was an amazing result. Customers obviously felt more comfortable buying these products. Custom fit sales didn’t produce the same stocking issues, although there were delays in getting items to customers.  As a result, sales were good.

Trolleys were another example of stocking issues:  Sales were down 13% in units by the end of the year but could have been very different, if not for lack of stock. Orders were cancelled early on and then deliveries from China couldn’t keep up with later demand. It was an understandable position but one created internally. Looking at the numbers, Trolley stocks were down 55% in July and, as a result, August sales were down 20% in units on the previous year – the only hardware category to see a drop.

The only real surprise to me last year was consumables. Rounds were up for the year but the sales of balls and gloves in the specialty channel didn’t reflect this. I think some of the sales went out of channel: with golfers adding a dozen balls to their Amazon basket, along with their batteries, books and anything else they were getting shipped.

I also have a hunch that the mix of golfers this year had an effect on consumable sales. Did all the regular, and especially older club members, play as much golf this year? Did some stay at home and isolate? While rounds were up, how much of the increase was from new or returning golfers that may have different purchasing habits, and who were less connected with the pro shop, or specialty high street store?

It’s been a poor start so far, with a new set of lockdowns.  As I write, Scotland is still open for 2-balls but Wales hasn’t allowed golf for a couple of months. There must now be pent-up demand.

Golf doesn’t look like it will return in England until the end of February, or possibly later in March. However, while this looks bad for trade, in reality, I wonder how much golf would have been played over this period, with very wet weather and now half the country covered in snow?  Even without COVID, it would have been a rough start to the year. The only upside is that there is some government support for closed retailers and clubs. Furlough is offered for staff and grants are available for some clubs and retailers that pay rates. Covering these costs in these down times could actually help improve the financial situation for many. If we had all been closed for snow – there would have been none of these payments.

As with many things, a proper plan can deliver the best results. Last year’s initial panic meant manay retailers and brands lost sales. While the reasons were understandable, those in the trade that positioned themselves and planned accordingly, ended up with a stronger year.

Looking ahead, assuming we are shut for January and February, there is still plenty of opportunity ahead. Some retail has been happening over this shut period but the market will be down considerably.

Generally, January and February are small months which, typically, only account for 8 or 9% of turnover BUT, more importantly, only 6 to 8% of margin.

Usually, these quiet months are times for clearance, planning and a store refresh and high stock levels are not necessary at this time of year.  So, there is still plenty of time to gain more margin this year.

Once we are out of lockdown I expect the year to be a bit more like 2019 than 2020. We know January and February will be small. Hopefully there will be some pent up demand as the weather improves and golf returns to peoples thoughts. So March through May will be the key period and important to get everyone back in the swing. With the vaccine roll out forging ahead I hope that there will be no need for lockdown during the summer. People will be encouraged to go outside and stay healthy. Travel may still be a problem so there may be some restriction on international holidays. Hopefully more people stay in the UK and play more golf. If we combine these factors and manage to retain many of the new and returned golfers things could be very buoyant in the coming months.

Now for some modelling!

Looking at the numbers, we can do a little modelling based on 2019 to try and work out where we might get to in 2021. We will lose the majority of January and February but at some point we will be released – lets assume that’s some time in March. Based on last year lets assume March and April are flat. Pent up demand should drive more sales in the following season. If we get somewhere between 2019 and 2020 bounce we can look at gains in May and June of 15%, July and August of 10%, September and October of 5%. Assuming November is flat and December see a little uptick golf retailer would end up 11% on 2020, and about flat with 2019.If we can achieve that, then I think it would have to be considered a good recovery, especially having lost the first 2 months to lockdown. However, if Golf is released early, momentum picks up and we see some of the higher play in the summer like last year, there is every chance of a strong bounce back and more considerable growth for the year. Remember in the second half of 2020 sales values were up on average over 20% for the 5 months not in lockdown.

I very much want anyone reading this to understand that, even in the harshest of conditions, the golf market appears to be very resilient. Golf spend is relatively consistent, year on year, with normal years being + or – 5%. Even in a pandemic it was only -10% down overall.

However, what does change is what people spend their money on and where they spend it. Retailers that have done well last year may continue to do so if they can maintain their customer base. Retailers that have lost some customers need to re-engage with their target market and add value and service to win them back. Golf retailers will need to start selling balls and gloves, instead of just taking orders for them as there are now other retailers offering service and golf balls!

Make sure you take stock!

One key thought to leave you with. If you don’t have stock, you can’t sell it! Sales last year were definitely down for many stores as they didn’t have the stock in place to support the demand. It was clear that cancelled orders rippled through the system and brands weren’t able to get stock into the country. When they did it went to retailers that had maintained their orders. Make sure that you make a plan for this year and that you do have stock ready for when play starts again. Suppliers may be more cautious so stock won’t be hanging around in warehouses if you decide you want it. The other thing to consider is that if you do cancel too much , when you want it, you will be at the back of the queue to get it. Retailers that have worked with suppliers and planned their stocking will be the ones that get the goods first and make the sales.